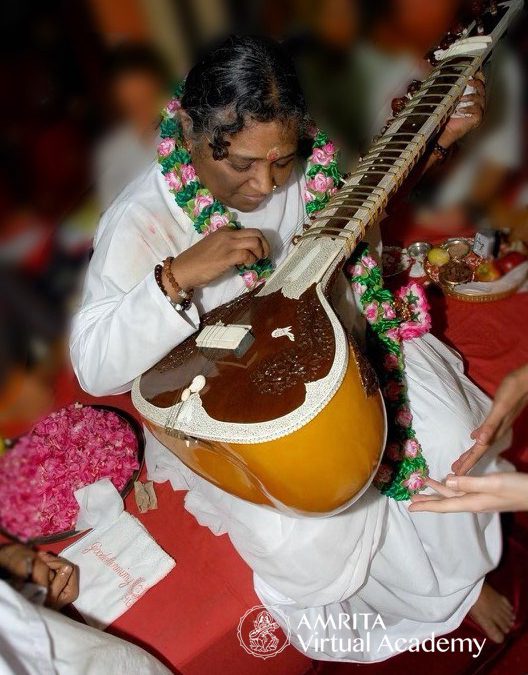 The Mother in Nature

Recently, I noticed that one of our small rudraksha trees had vines growing on it. So I went over to the tree and started to remove the vine. At first I was feeling rushed and anxious to remove the vine and I was just trying to get the job done. But then I remembered that Amma said that each one of the rudraksha trees is her. I slowed down and began to carefully remove each vine, so as not to damage any of the rudraksha leaves in the process.

Suddenly, out of my heart I told the rudraksha, “I am your mother.”  And the tree responded back in my heart that she is my mother. And I was very surprised and said, “no I am your mother!” and again the tree answered in my heart saying, “I am your mother.” Then I realized how we are actually mothering each other. And the tree then whispered, “I will always give you rain.” In that moment a soft, gentle rain began to fall. And tears also fell from my eyes and I whispered back that “I will always give you my tears.” If only I could carry this feeling with me in everything that I do.